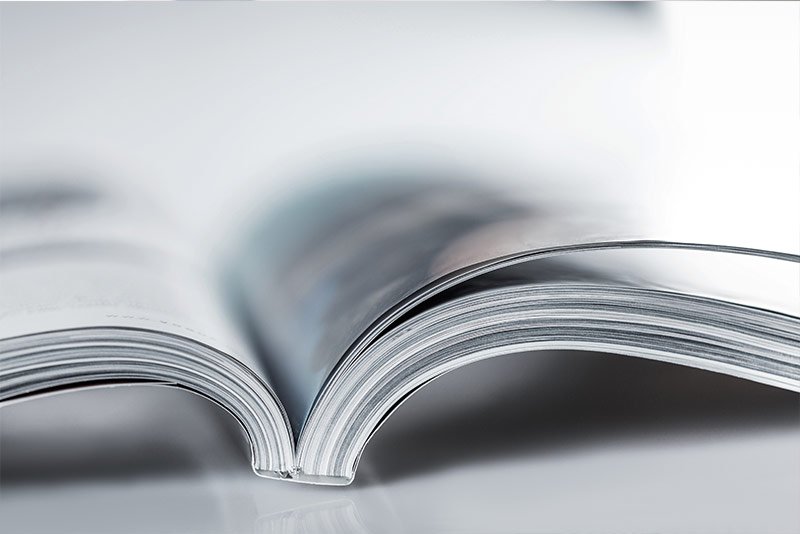 Cutting Through The Digital Clutter

In a digital-first world filled with email alerts, text messages and social notifications, print is playing a new role. By connecting on an emotional level it cuts through the clutter of mobile and web communications and is being embraced by a new generation of designers and brand owners.

Research conducted by The Centre for Experimental Consumer Psychology at Bangor University examined how brain activity differed when participants were exposed to advertisements in both print and digital format. Using functional magnetic resonance imaging (fMRI), the study found that “printed material created deeper impressions on the brain” and that the “brain perceives physical material to be more genuine”.

Those scientific findings are backed by other empirical research. A study, titled ‘Touching is Believing’, exposed 272 individuals to the same newspaper in print, on a computer and on a tablet. Advertisements experienced through the printed version lead to heightened perceptions of brand honesty and sincerity (+41%), quality (+20%), willingness to try (+16%) and increased purchase intent (+25%) over digital advertisements.

Advertising We Pay Attention to…

When it comes to the types of advertising that is most effective in catching the eye of consumers, young and old, it appears we are all undergoing a digital fatigue of sorts.

In a focus group study performed by Quad/Graphics, ‘Millennials: An Emerging Consumer Powerhouse’, a strong preference was found towards print advertising. Asked which advertising formats they paid most attention to, 77% of Millennials cited direct mail, followed retail inserts (73%), catalogs (54%) and magazines (51%). Digital channels were all found to be less effective, including email (51%), internet (50%) and mobile text (48%).

When asked of the advertisements they are most likely to ignore, a similar picture emerged.

Constantly hounded by unsolicited emails and obtrusive pop-up ads, 49% of young consumers said they ignored internet ads and 48% said they ignored ads found in emails. Meanwhile, catalog and direct mail advertisements were ignored by only 23% and 15%, respectfully.

The Power of the Catalog

Few communication vehicles are as effective as catalogs. Several explanations exist for their success. For starters, they offer readers a break from the pixel-laden world of digital media, there is a nostalgic element at play in retrieving something physical from the mailbox, and catalog recipients often enjoy staying up-to-date with the brands they care about.

To validate these beliefs, InfoTrends surveyed more than 900 U.S. consumers (including more than 325 under 35 years old) to analyze their engagement with catalogs and direct mail. The findings were stunning:

• Catalogs are read…a lot: 71% of consumers open and read the catalogs they receive.

• Catalogs drive offline traffic: 79% of consumers receiving printed catalogs visited a retail store due to products or promotions in the catalog.

• Consumers prefer print over electronic: 8% of consumers who receive catalogs prefer them in print, while only 9.3% prefer digital versions.

Getting Noticed with Direct Mail

In today’s digitally overloaded world, any message that cuts through the clutter has a serious chance of getting noticed.

Consider that the average consumer receives upwards of 100 personal emails in any given week, yet only 16 pieces of physical mail in that same span.

Not only does direct mail cut through the clutter, but it’s also proven to be effective. According to the 2015 DMA Response Rate Report, on average, direct mail achieves a 3.7% response rate, which is higher than email (0.2%), paid search (0.1%) and either social media, display advertising, or mobile (0.32%).

Would you like to discuss using “tactile marketing” in your mix?

From promotional merchandise to brochures to direct mail, Proforma Edge can help you use tactile marketing techniques so you stand out and add longevity to your message.

Let's say "hi" and see where it takes us

Need safety essentials, including COVID rapid tests in bulk for your staff? Visit our safety and supplies division: